Collaboration with the Library of Congress (Washington, DC, USA), where we are conducting a study of the properties of 50 paper samples from 1800-1990 to better understand the processes of decomposition.

Collaboration with the Munch Museum (Oslo, Norway), to research the materials in six of Munch’s paintings and to study the materials left in the artist’s studio.

Meaningful materials in the khipu code: a multi-modal analysis (MmKc)

Collaboration with the University of St Andrews, Scotland, on the investigation and understanding of Andean knotted cords (khipu). Project coordinator Lucrezia Milillo.

Khipus are colourful knotted cords used as writing in the Andes for fourteen centuries before, during and after the Inka Empire. Our Lab will be involved in characterisation of inorganic and organic components to reveal information about the lignin in the Agavoideae fibres in contrast to the cotton fibres. The spectroscopic imaging investigation of the cross sections of the (suspected) Agavoideae fibres will add significantly to the characterisation of these previously unstudied fibres. FTIR, Raman, and Surface Enhanced Raman Spectroscopy (SERS), will be utilised to obtain information about colouring complexes, in particular the inorganic auxiliaries and the organic dyes. 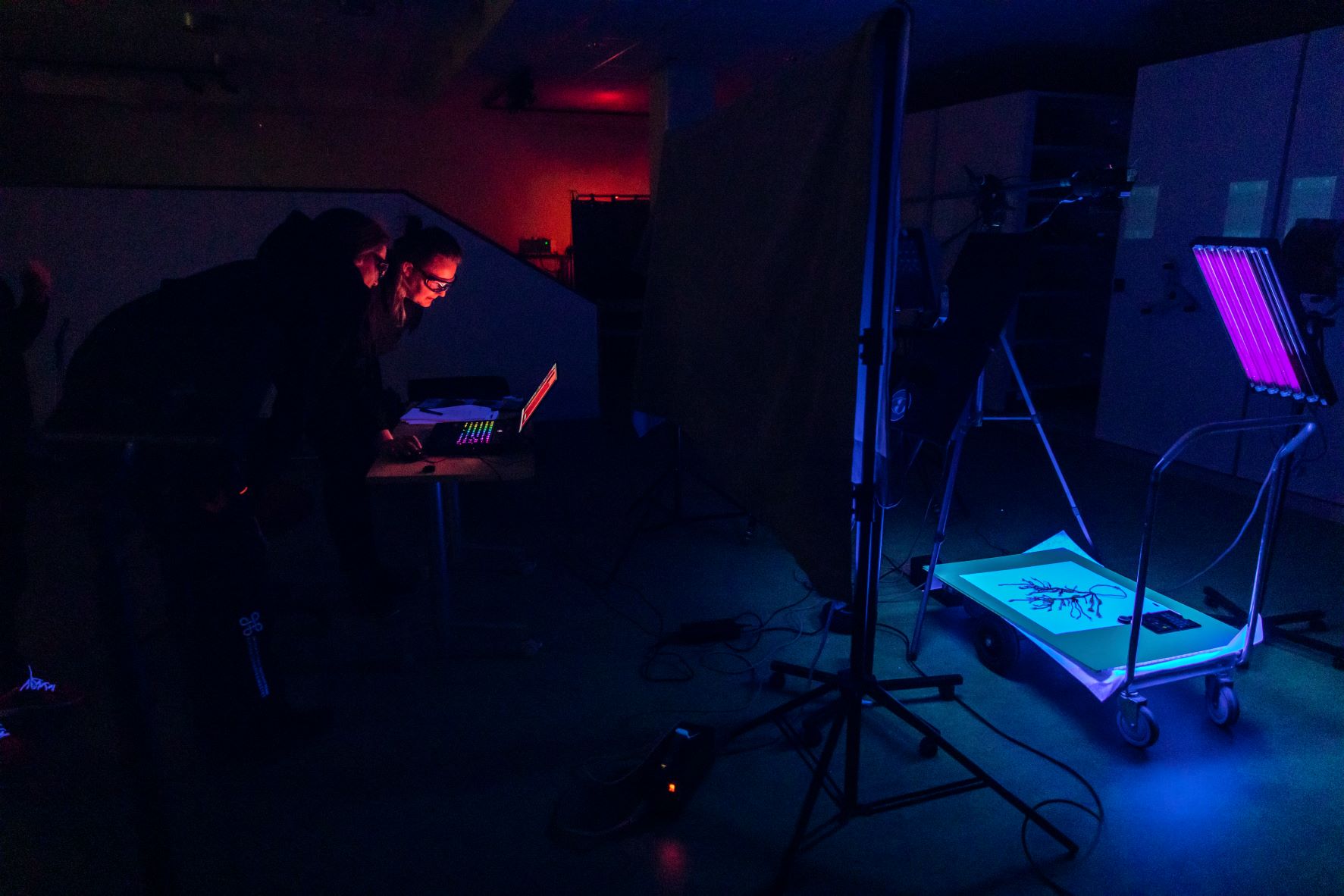 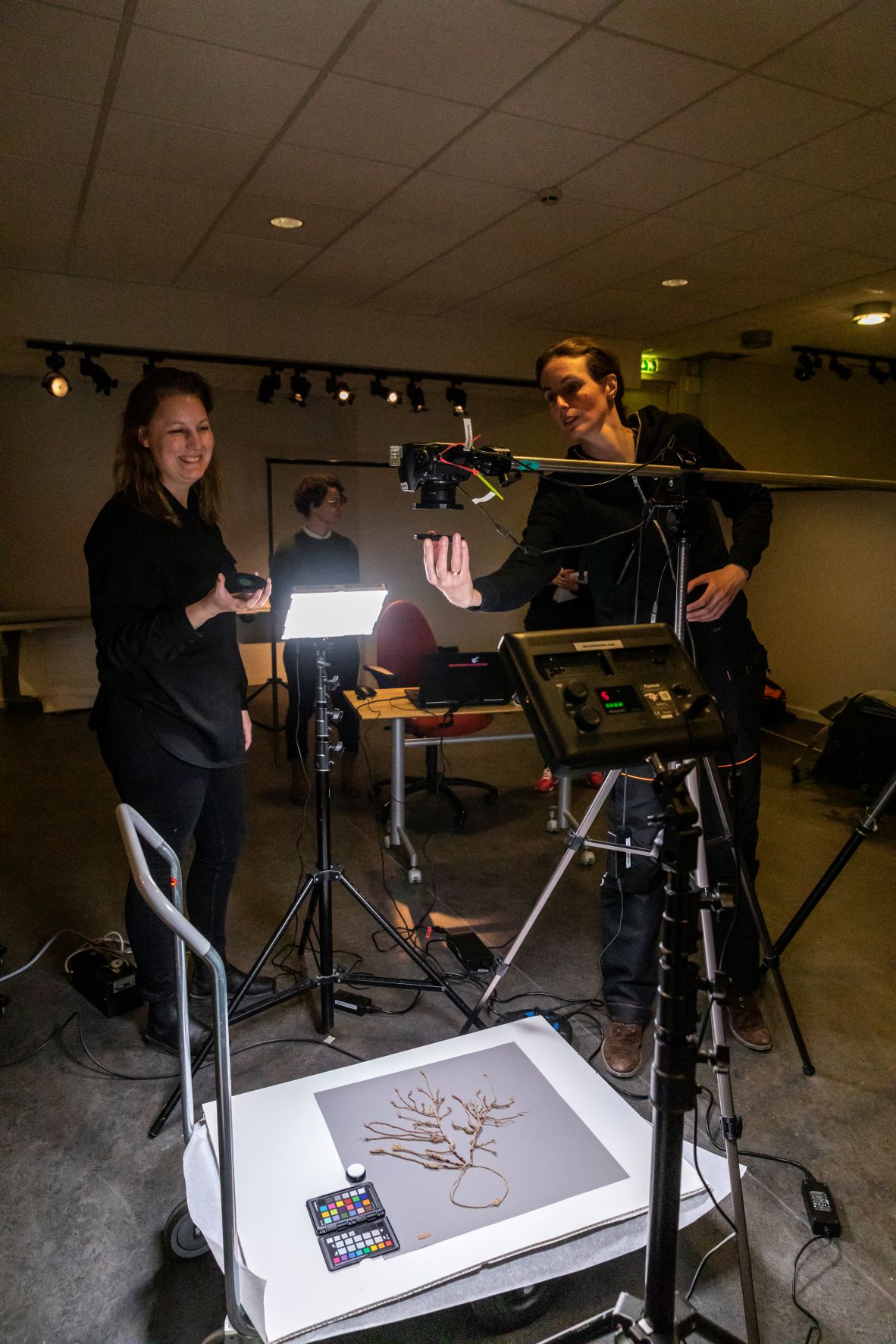 At ZVKDS (IPCHS), from 5th to 9th of September, an IPERION HS Transnational Access (TNA) was performed and dedicated to the study of khipus (project: “Meaningful materials in the khipu code: a multi-modal analysis”), which are colourful knotted cords used as writng in the Andes. 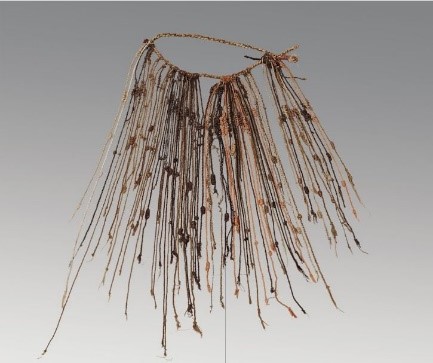 More on decoding khipus through science:

Lucrezia Millilo from University of St. Andrews, Group Leader, and Marei Hacke from Heritage Laboratory, Visby (Sweeden) visited Macromocular Heritage Lab (FIXLAB) in Ljubljana with the aim to expand the understanding of Andean khipus on the basis of scientific investigation of material composition. 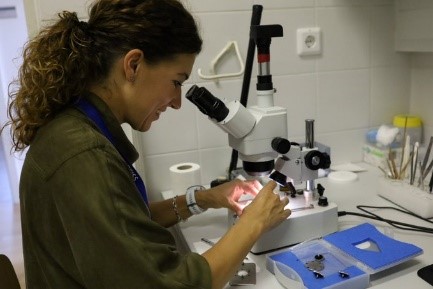 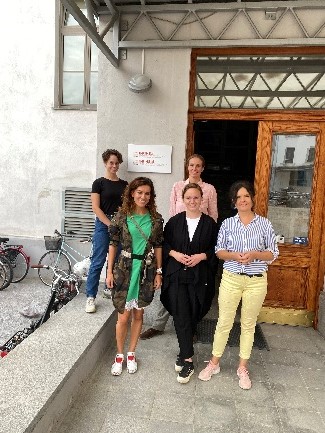 The project has already gained access to other laboratories across Europe and we hope that additional information obtained in our Lab will unravel some knots and lead to more in-depth understanding of khipus.

More about the project here.

REMIXIS project focuses on the analysis of a pre-Columbian mask held in the collections of the Mask Museum (Binche, Belgium). Our Lab will be involved in characterisation of the green tesserae located on the forehead, the nose and under the ocular cavities of the mask by micro Raman spectroscopy to provide molecular analysis of the minerals (possibly turquoises). Furthermore, micro FTIR will be used to characterise the adhesive layer, containing organic components. 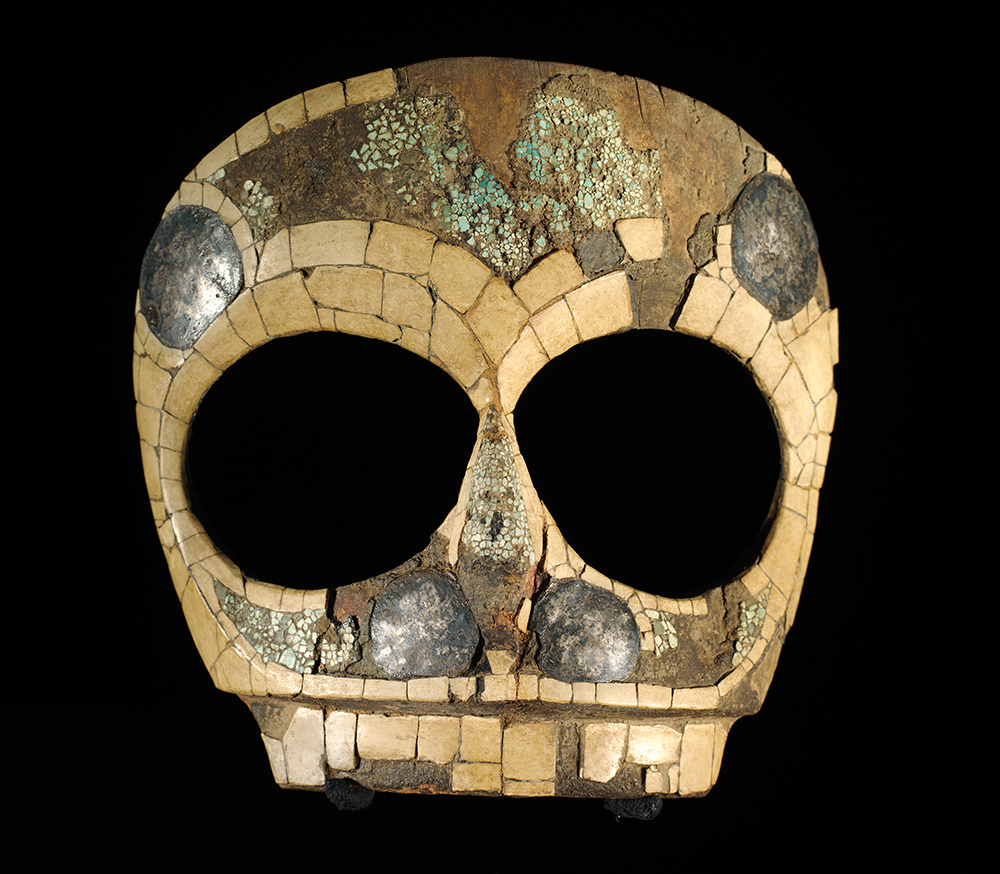 Photo by Olivier Desart for the Mask Museum

Collaboration with the University of Antwerp, Belgium, on the chemical analysis of decorative laminates. Group leader An Jacquemain.

From 3rd to 6th of May 2022, an IPERION HS Transnational Access through Macromolecular Heritage Laboratory at ZVKDS was conducted and dedicated to the study of historical decorative laminates. An Jacquemain from University of Antwerp, user group leader, applied for the access to the FIXLAB available at Macromolecular Heritage Laboratory with the project IDeLA (Identification of decorative laminates). 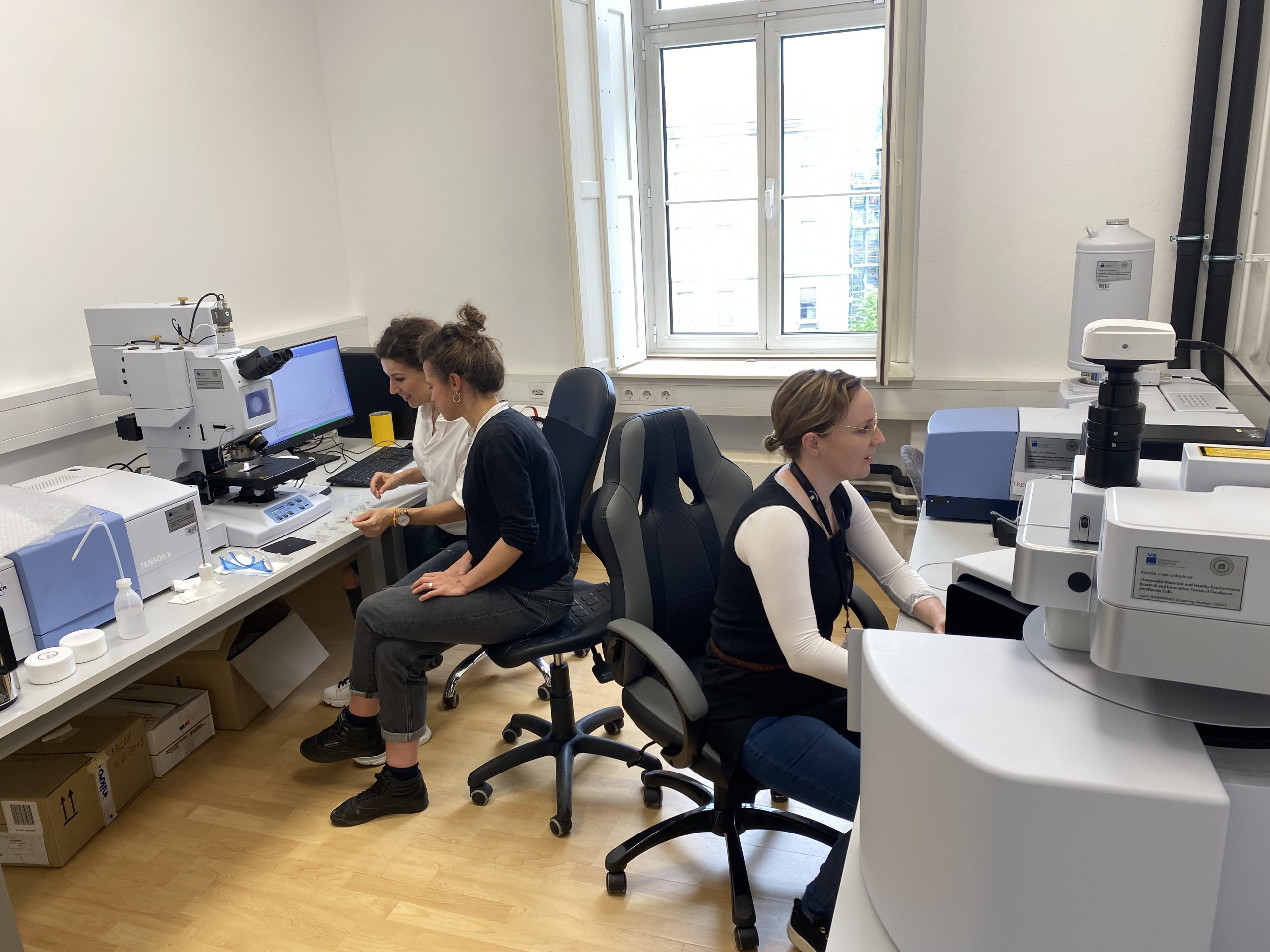 The main purpose of this project (access) was to gain additional information on material-technical insights and thus to historical context of decorative laminates on the basis of chemical analysis. For this reason, several historical samples (From different sample-catalogues and museum samples, spanning a period from 1953 until 1993) were subjected to the study with Infrared (mapping, imaging), FT-Raman and dispersive Raman spectroscopy. 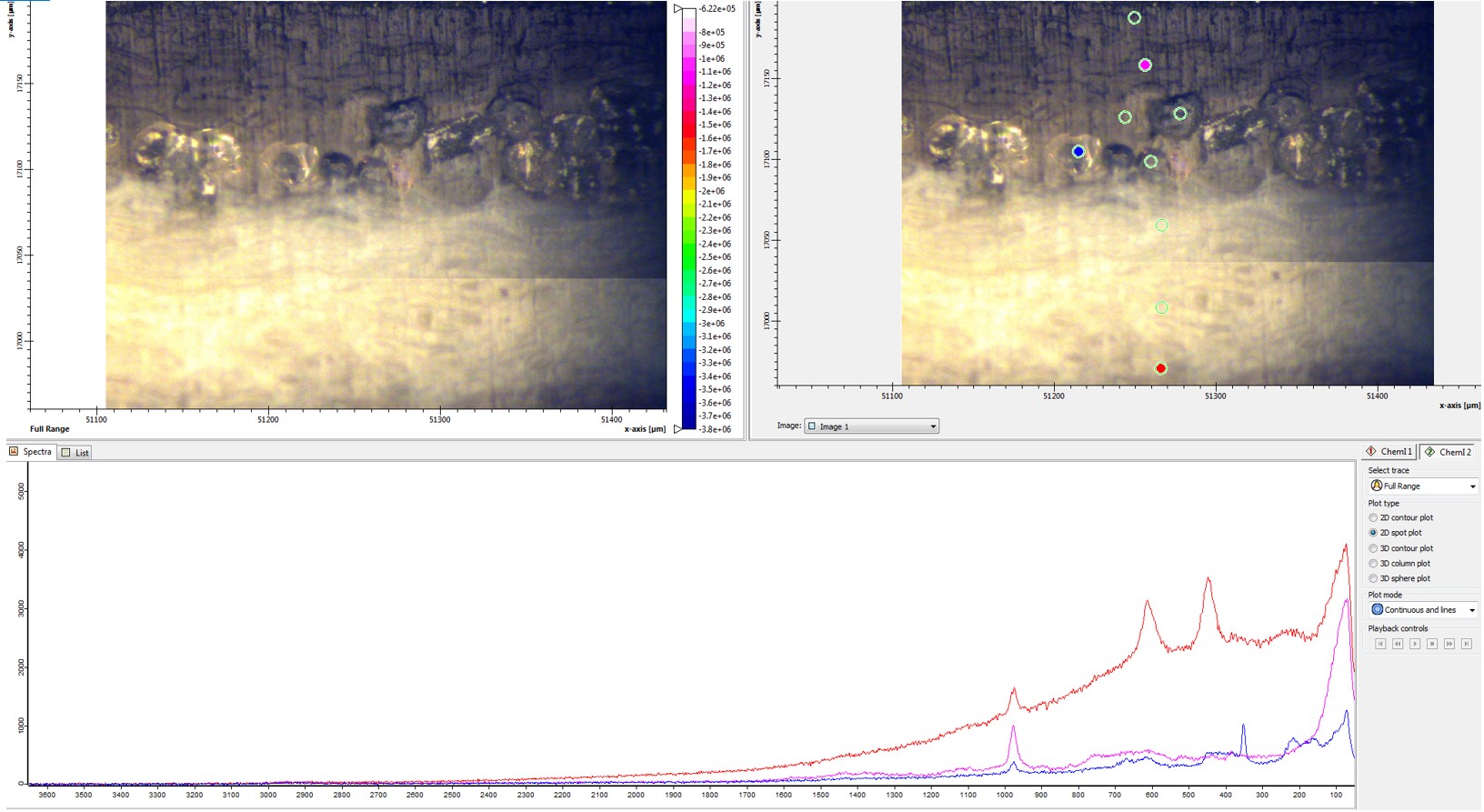 Samples (except 1) were embedded in the polyester resin and polished. The cross-sections of the samples were then characterised in order to obtain results on the material composition of the layers. Several different materials such as synthetic pigments, cellulose, melamine-formaldehyde were found.